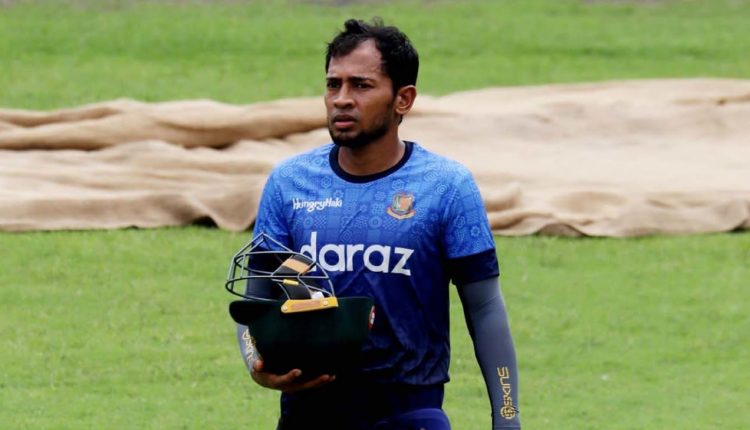 Mushfiqur Rahim no longer wants to be Bangladesh wicketkeeper in T20Is

By admin On Sep 6, 2021
68
Share
Mushfiqur Rahim has informed the Bangladesh team management that he will no longer keep wicket in T20Is, according to head coach Russell Domingo. Mushfiqur didn’t keep wicket in the third T20I against New Zealand, although it was declared before the series that he would split wicketkeeping duties with Nurul Hasan in the first four games.

Although Mushfiqur hasn’t spoken about the matter since Domingo’s announcement two days before the first match, his withdrawal from wicketkeeping comes as a huge surprise, although it is likely he had made up his mind a week ago when Domingo made the announcement. Mushfiqur reportedly didn’t take part in wicketkeeping drills in training on any of the training sessions, even on Saturday, the day before the third T20I in which he was scheduled to keep wickets.

Domingo said that they have to quickly move on to allow Nurul, who has been keeping wicket in Bangladesh’s recent cluster of T20Is since mid-July, to be the No. 1 wicketkeeper going into the T20 World Cup next month.

“There has been a change (in plans),” Domingo said. “Initially after speaking to Mushy, he was going to keep after the second game. But he told me he probably doesn’t want to keep wicket in T20s anymore, so we have to move on. I don’t think Mushfiqur’s desire to keep in this format is great anymore. We have to focus on [Nurul Hasan] Sohan, and let him do those duties going into the competition.”

This is the first time that Mushfiqur has told the team management that he wants to give up wicketkeeping. Normally, he has insisted that he wants to play as a wicketkeeper-batter, particularly in the last five years when his wicketkeeping has come under the scanner. The most recent occasion was the second ODI against New Zealand in March this year when he dropped Tom Latham at a crucial stage of the game.

There were renewed grumblings among the BCB’s top brass, but ahead of the ODI series against Sri Lanka in May, captain Tamim Iqbal fully backed Mushfiqur, the wicketkeeper.

“I am very happy with his wicketkeeping. [Half] chances and dropped catches are part of the game. I know how hard he works, so I have no complaints. The team management, coach and I definitely want him to keep wicket in the three ODIs.

“You are talking about some dropped catches but he has done a wonderful job as a wicketkeeper over the last 13-14 years. I have complete trust in him and give him my full support. I think he should continue to keep wicket for Bangladesh,” said Tamim.

When Mushfiqur missed the T20Is against Zimbabwe and Australia due to a family emergency, Nurul took over with good form both behind and in front of the stumps. It opened up a bit of competition between the two, which the team management decided should be settled by splitting the wicketkeeping duties over four matches of a five-match series.

There were immediate murmurs of discontent which captain Mahmudullah tried to diffuse on the day after Domingo’s announcement. But, already, former captain Mashrafe Mortaza, writing on his personal Facebook account, criticized the move. He even predicted that Mushfiqur could refuse to take up wicketkeeping in the future.

“I am just wondering how it is affecting [Nurul Hasan] Sohan. How does he evaluate himself now that he is given two matches after keeping wickets regularly in the last two series? Liton [Das] will probably forget wicketkeeping in this situation. Mushfiq doesn’t need to be told that he needs to perform after being around for 16 years. To announce it in this way, it is quite disrespectful towards his dedication. He might be needed as a keeper in the future, so how will it look when he says no?” Mashrafe wrote. He added that such a split doesn’t create healthy competition in the team, rather making players feel insecure about their places.

“Having three wicketkeepers in one squad should have been a happy occasion, but instead it has brought on much grief. If you can’t handle this much in the team, it will create an invisible and bad competition within the team. Competition often brings out the best in the players but it has to be healthy. Not by hurting someone.

“The team management will take its own decisions, and it will be greeted with applause or abuse, that’s how it usually goes. Who will play, in what position and who will have which role, these are things that should only be in the dressing room. When these things get out, it creates unnecessary pressure on the player,” he said.

As the white-ball captain from 2014 to 2020, Mashrafe had to defend Mushfiqur’s wicketkeeping publicly on a number of occasions. Within the team management, there was a bigger battle with Chandika Hathurusingha who didn’t want Mushfiqur keeping in all formats. After a lot of back and forth, finally in 2017 Mushfiqur was told to give up the role.

The plan lasted for one Test before Liton’s injury forced the team management to request Mushfiqur to take over the gloves again. In the next two years, Liton and Mushfiqur shared the duties with Nurul keeping in two Tests. Since 2019 however, Liton has been the No. 1 choice, keeping wicket in the last nine Tests.

Mushfiqur has been a regular wicketkeeper in ODIs and till 2020, in T20Is. His inclusion as a wicketkeeper-batter allows the team the luxury of two world-class allrounders. But there are many in Bangladesh who believe, with reason, that Mushfiqur should focus his energy on only batting, as he is arguably Bangladesh’s best all-format batter.

At the same time, Nurul’s reputation as the country’s best wicketkeeper is backed by good domestic performances this year. For the selectors and team management, he was too hard to ignore as the wicketkeeper in Bangladesh’s white-ball teams.

Mushfiqur’s side of the story is yet to be heard. He has previously said that wicketkeeping often helps his batting. But since Domingo has relayed his decision, it is now time for Nurul to become the main man for Bangladesh behind the stumps.

Tasmania Premier has concerns over Australia-Afghanistan Test in Hobart