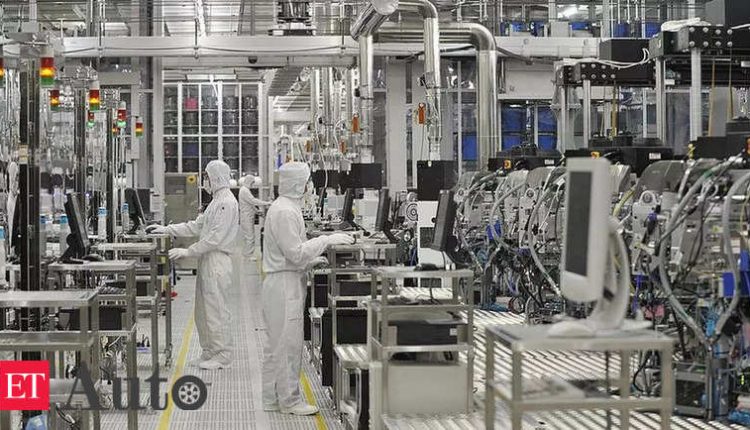 The aid for the world’s largest contract chipmaker, which may be worth several billion US dollars, could be included in a supplementary budget that Prime Minister Fumio Kishida aims to compile by the end of December, underscoring his sharpened focus on the economic dimensions of national security, Kyodo News reported.

Beijing claims full sovereignty over Taiwan, a democracy of almost 24 million people located off the southeastern coast of mainland China, despite the fact that the two sides have been governed separately for more than seven decades.

TSMC Chairman Mark Liu said at a shareholders’ meeting earlier in July that the goal was to build a plant in Japan. Sony Group already has facilities in Kumamoto for making image sensors used in smartphones, Kyodo News reported. As a joint factory is expected to benefit both, there has been speculation that the Taiwanese supplier to Apple Inc. and the Japanese conglomerate may work together, the Japanese publication said.

Japan’s dependence on Taiwan as a supplier of advanced semiconductors is high, and securing future supplies of the essential components is becoming increasingly critical. Japanese chipmakers used to have a competitive edge but have lost out to Chinese and South Korean rivals over the years.

“We need to promote the construction of manufacturing bases for advanced semiconductors in Japan,” Kyodo News quoted Takayuki Kobayashi, minister for economic security, as saying earlier on Tuesday. Semiconductors are used in a variety of products, from laptops and game consoles to cars. The coronavirus pandemic has led to a spike in demand for chips.

According to the Japanese publication, in February, TSMC decided to establish a subsidiary for research and development in Tsukuba, Ibaraki Prefecture near Tokyo. In addition, the chip giant has unveiled a plan to invest USD 100 billion over the next three years to boost production capacity.

The plant is expected to start producing chips for automobiles and manufacturing equipment by 2024, the report said.

The plant in Kumamoto, southern Japan, is expected to produce semiconductors for automobiles, camera image sensors and other products which have been hit by a global chip shortage, and is likely to start operations by 2024, the report said.