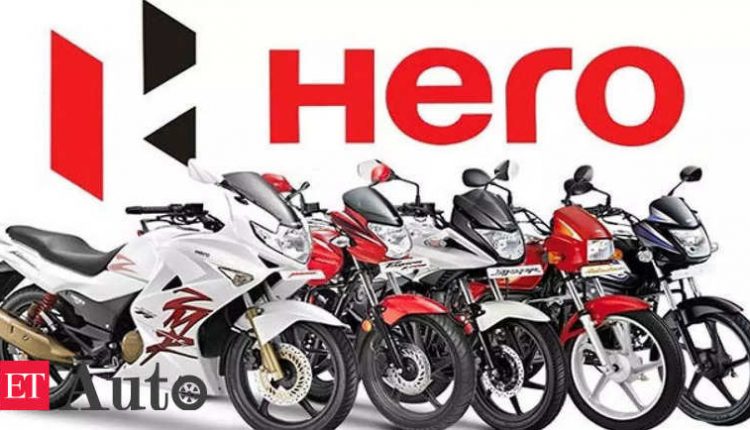 Hero MotoCorp on Wednesday said it has tied up with Gilera Motors Argentina to reinvigorate and expand its operations in one of the key markets in South America, in line with its aggressive global business strategy.

As part of the agreement, Gilera Motors will be the exclusive distributor for the sale and service of Hero MotoCorp motorcycles and scooters in Argentina. It will also make new investments in operations to drive business growth, Hero MotoCorp said in a regulatory filing.

“Argentina is an important market for us and we are happy to have Gilera Motors Argentina as our partners here. With their long history and expertise in the motorcycle market, Gilera is the ideal partner for Hero MotoCorp in Argentina as we introduce our technologically-advanced and globally benchmarked products and services here,” Hero MotoCorp Head – Global Business Sanjay Bhan said.

The company’s immediate focus is to develop a robust and widespread sales, service and spare parts network across the entire country, he added. “We expect our new range of products to excite the customers and our market share to grow in the near future,” Bhan noted.

With more than 68 years of sustained operations, Gilera Motors Argentina is one of the leading automotive companies in Argentina and one of the most enduring motorcycle manufacturers in Latin America.

“The partnership’s business operations are expected to have a multiplier effect on the local economy, by bringing in investment and generating new direct and indirect jobs,” Gilera Motors Argentina Director Ramiro Di Liscia stated.

Hero MotoCorp and Gilera Motors Argentina have an aggressive expansion plan that includes scaling up the sales and service network across the country, including a flagship store in Buenos Aires. The companies are also focused on ensuring the availability of spare parts for all customers.

Hero MotoCorp plans to launch a range of new motorcycles in Argentina, including the Xpulse 200 and Hunk 160R. The Xpulse 200 is an on/off-road motorcycle that has already been highly successful around the world and especially in the Latin American markets.

Hero MotoCorp’s products are designed and developed at R&D centers in India and Germany and manufactured at manufacturing facilities in India, Colombia and Bangladesh.

HMSI, the country’s second largest two-wheeler maker, declined to specify details of the product planned for the Indian market. People in the know of its plans said the company is in the process of testing electric scooter BENLY e, developed by Japanese parent Honda Motor, at the Automotive Research Association of India.