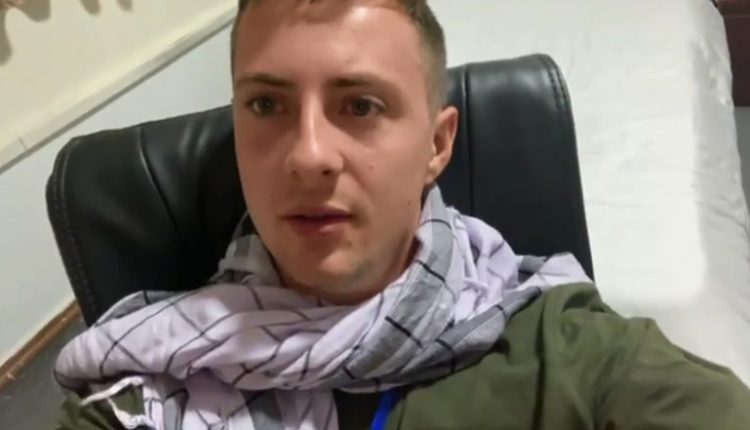 With Taliban taking over city by city in Afghanistan, the people of the country, in a desperate attempt, are fleeing to settle in different places. Countries are extending their support to the people by evacuating them at topmost priority. A British student Miles Routledge, 21, claims to have been evacuated from Kabul where he was stuck after booking a holiday to Afghanistan. A physics student, Miles stated that he picked the country as his destination for holidays after googling for ‘the most dangerous cities to visit.’

Miles Routledge described the holiday to be ‘dirt cheap’ as he enjoyed exploring the ‘worst’ places in the world. Miles said that he had been abandoned by the British embassy after the Taliban had taken over the capital city of Kabul. He had been documenting his entire trip via Twitch which is a live streaming site. After several attempts of escaping from the city, he claimed to have stayed in the UN safe house, situated in Kabul.  Afghan Filmmaker Sahraa Karimi Names Everyone Who Helped Her Get Out of Kabul, Says ‘I Am Alive and Safe’

The British student claimed that he considered Afghanistan as his travel destination as he felt that the country would not go under any turmoil for another month. He said that he was evacuated at ‘4ish’ along with 100 other civilians. The Taliban allowed them to go through the airport where he even clicked some selfies with them. He was even questioned by the Taliban as to where he belonged to and Routledge mentioned that he was from Wales as they did not know where Wales was and let him go. The British student had later landed in Dubai after his evacuation. Afghanistan Crisis: As Taliban Roam Around Kabul With Kalashnikovs, Dress Code Turns to Salwar Kameez

The situation in Afghanistan is deteriorating with each coming day as images and videos surfaced on social media showcased the turmoil. Fearful of the future in hands of the Taliban, many people gathered at Kabul airport in an attempt to flee the country and find refuge somewhere else.

(The above story first appeared on Scoop Buddy on Aug 17, 2021 06:42 PM IST. For more news and updates on politics, world, sports, entertainment and lifestyle, log on to our website scoopbuddy.com).